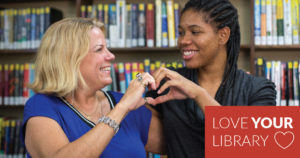 Fortunately, September was a big fundraising time for Sewickley Public Library this year:

We are so very grateful to all of our donors.  We couldn’t have done it without you!  Just about every dollar received by the library or the Friends of the Library was counted toward our fundraising success in September.

In a press release, Mrs. Bernita Buncher, chair of The Jack Buncher Foundation, said, “Our community clearly demonstrated that a library is more than just books, it is a center for information, technology and learning that fuels educational and economic opportunity for residents of all abilities, skills and backgrounds.”

What did Sewickley Public Library do with all of the generous donations from our Patrons and The Jack Buncher Foundation?  Our librarians and staff continue to offer outstanding customer service, we provide advanced technology opportunities, we maintain our lovely historic landmark building, we provide a comprehensive collection and programming, and much more.  The Sewickley Public Library is truly a community gem due to your generosity.